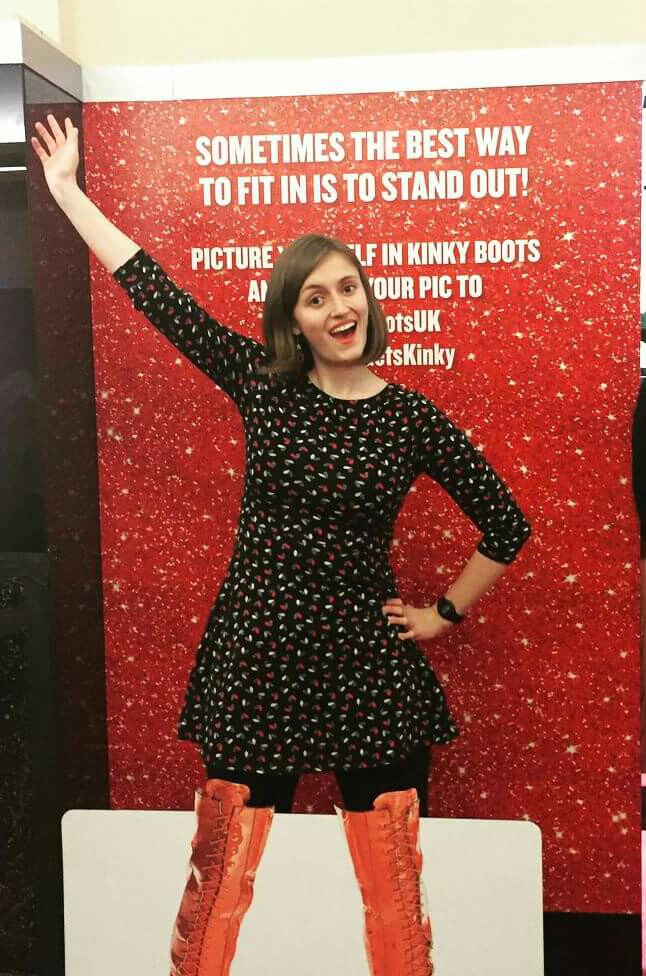 Can you give us a bit of background on your family situation?

I was conceived through anonymous sperm donation and IVF, and born in the nineties to Mum (Andrea) and Dad (Richard). I am an only child in my family, but have eighteen (anonymous) half-siblings from the same donor.

You say you are fine being donor conceived and it has never troubled you. Why do you think that is?

It is completely true to say that I have never had a problem with being donor conceived; the only problem I have had is getting people to believe me when I say this! My parents started talking to me about being donor conceived when I was about four – I have no memory of a particular moment, as far as I can remember I have just always known. This means that for me, ‘Being Donor Conceived’ is about as interesting and controversial as ‘Being From Milton Keynes’ or ‘Having Brown Eyes’ – it’s just one of many things that makes me who I am. I’ve had a few people over the years react with cynicism when I say this, as though I’m some sort of paid shill for the fertility industry (I am not, I promise). Someone even asked once whether I would consider myself a ‘promoter’ of donor conception – I can’t imagine someone who was conceived naturally being asked the equivalent question!

Genetics has never been very important to me – I know there’s a craze at the moment for getting your genes ‘tested’ but it’s not something that has ever appealed. I tend not to be convinced by the notion that DNA is what comprises a family - I’m sure we all have that one relative that we have nothing in common with!

Do you think your feelings might change if you were to have a child?

At the moment I have absolutely no intention of procreating, but if I ever decide to then I don’t see why my feelings about being donor conceived would change. Probably by the time that happens, there will be a universal DNA register anyway, and my offspring will just be able insta-Google their ancestors (if they are really that bothered).

You’ve taken an active interest in donor conception issues, attending events and giving thought to the bigger picture. Why is that?

I think a large part of why I attend events is because they are just interesting! I always enjoy DC Network events, because my parents and I have been members for almost twenty years, so there are a lot of people there that I’ve known for a long time. For me it’s fascinating to watch the advances being made in both the technical side of assisted conception, as well as the perception of it – there’s much more openness than there was when my parents were trying to conceive.

I also feel a sort of responsibility to provide a counterpoint to the headlines and tacky journalism that sometimes surrounds donor conception. If I could ever be bothered to maintain a blog, it would probably be called ‘Donor Conceived, Still Fine’, and I would post updates periodically about how fine I am. I imagine this wouldn’t get as much traffic as “SPERM DONOR FATHERS 800 CHILDREN – MY SEARCH FOR ‘DAD’” (etc. etc.) but it might help.

What are your thoughts on birth certificates in relation to people conceived through donor conception?

I spoke at the Progress Educational Trust event, “Birth Certificates and Assisted Reproduction: Setting the Record Straight?”, about changing the way in which information is recorded on birth certificates. At the time, I argued that including the fact that a person is donor conceived on their birth certificate would remove children’s right to privacy and control of their own information – after all, anyone who knows your name can acquire a copy of your birth records. Since then, I’ve started to think that anything we can do to encourage truth and openness in donor conception families has to be a good thing. Perhaps plonking DONOR CONCEIVED on a birth certificate isn’t the most subtle or effective way of doing it, but maybe we have to make a start somewhere.

What are your feelings on donor anonymity?

When I was younger, I didn’t think there was anything wrong with donors being anonymous – I never had any interest in knowing the donor, so it didn’t bother me that I would never be able to. But over the years and after time spent talking to other donor conceived people, I’ve come to agree that, while I personally wouldn’t choose to exercise the right if I had it, doesn’t mean it should be denied to others.

I think the important thing is just that we consider the rights of donor conceived people above everything else.

What advice would you give to parents considering donor conception?

I’ve sometimes been asked for advice by parents considering donor conception, and I only really have one piece of consistent advice – tell early, tell openly, and tell comfortably. I only have my own experiences to go on, but as they are pretty much all positive I think it’s a good model to work from.

A particular worry that parents have is that their children will be singled out at school for being ‘different’ if their peers know they are donor conceived. I’ll say only this – I once convinced a class of fellow ten year olds that I had no belly button, and that I could remember what it was like to be in a petri dish. If you raise your children to be comfortable with who they are, they will be just fine!

Interview with Kate, one of our members, in January 2018